Censorships in data is a condition in which the value of a measurement or observation is only partially observed. Censored data is one kind of missing data, but is different from the common meaning of missing value in machine learning. We usually observe censored data in a time-based dataset. In such datasets, the event is been cut off beyond a certain time boundary. We can apply survival analysis to overcome the censorship in the data.

For example, in the medical profession, we don't always see patients' death event occur -- the current time, or other events, censor us from seeing those events. But it does not mean they will not happen in the future.

Given this situation, we still want to know even that not all patients have died, how can we use the data we have currently. Or how can we measure the population life expectancy when most of the population is alive.

There are several censored types in the data. The most common one is right-censoring, which only the future data is not observable. Others like left-censoring means the data is not collected from day one of the experiment.

Below is an example that only right-censoring occurs, i.e. everyone starts at time 0.

Survival analysis was first developed by actuaries and medical professionals to predict survival rates based on censored data. Survival analysis can not only focus on medical industy, but many others.

There are several statistical approaches used to investigate the time it takes for an event of interest to occur. For example:

In R, the may package used is survival. In Python, the most common package to use us called lifelines. 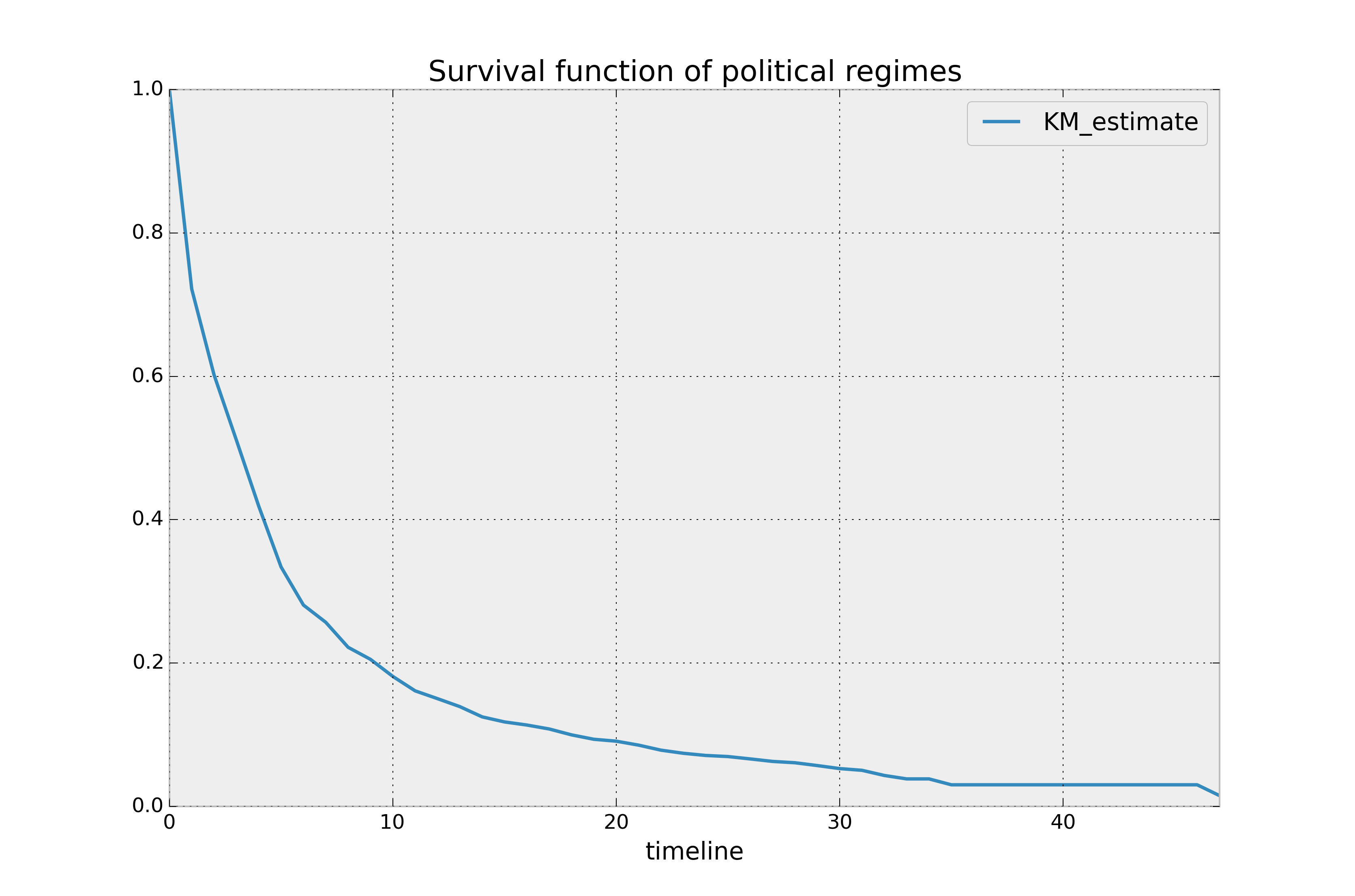 This is an full example of using the Kaplan-Meier, results available in Jupyter notebook: survival_analysis/example_dd.ipynb

The Cox Proportional Hazards (CoxPH) model is the most common approach of examining the joint effects of multiple features on the survival time. The hazard function of Cox model is defined as:

The major assumption of Cox model is that the ratio of the hazard event for any two observations remains constant over time:

where i and j are any two observations.

The Cox model is a semi-parametric model which mean it can take both numerical and categorical data. But categorical data requires to be preprocessed with one-hot encoding. For more information on how to use One-Hot encoding, check this post: Feature Engineering: Label Encoding & One-Hot Encoding.

Here we use a numerical dataset in the lifelines package:

We metioned there is an assumption for Cox model. It can be tested by check_assumptions() method in lifelines package:

Further, Cox model uses concordance-index as a way to measure the goodness of fit. Concordance-index (between 0 to 1) is a ranking statistic rather than an accuracy score for the prediction of actual results, and is defined as the ratio of the concordant pairs to the total comparable pairs:

This is an full example of using the CoxPH model, results available in Jupyter notebook: survival_analysis/example_CoxPHFitter_with_rossi.ipynb

There are several works about using survival analysis in machine learning and deep learning. Please check the packages for more information.

More examples about survival analysis and further topics are available at: https://github.com/huangyuzhang/cookbook/tree/master/survival_analysis/

Simon
I am a human learner. Yes, you can call me Simon.